Throughout its history, Alaska has been a target for exploration. More than 10,000 years ago, early explorers walked across a land bridge from Siberia into Alaska. In 1741, explorer Vitus Bering, sailing in the tall ship, The St. Peter, out of Avacha Bay on the southeastern coast of Kamchatka, "discovered" Alaska when he spotted land near Mt. St. Elias on the southeast Alaska coast. In May 1778, Captain James Cook explored the North American western coast line and the Alaska waters of Prince William Sound, Cook Inlet and the Bearing Sea.

Beginning around 1848, the discovery of gold brought more explorers who sought their fortunes in places like Porcupine Creek and Little Squaw Creek. Mineral exploration in the 1960’s resulted in the discovery of huge oil fields in Alaska, with Prudhoe Bay believed to be the largest in North America.

No doubt these early explorers were awestruck by the wonders of land and creatures they found in Alaska. But, they also must have been greatly challenged by the hardships and formidable obstacles that threatened there very survival. Today, thanks to modern technology, we can explore the Great Land in relative comfort and safety. You can enjoy exploring Alaska on your own or on organized exploration adventures, including Flight Seeing, Sightseeing, Eco Tours, Beach Combing, Kayaking and Hiking.

Flight seeing tours will take you on exciting trips where you will see and photograph glaciers, volcanoes, the rugged Alaska Range and wildlife.

Aerial brown bear 2-hour tours over Lake Clark National Park are available June 25 to July 25 and cost $475/person with a party of 3.

An aerial ride over the Kenai Peninsula’s Harding Ice field for photographs of Goats, Dahl sheep and other wildlife is available May 25 to September 30. This 1-hour trip is $250/person, minimum of 3. 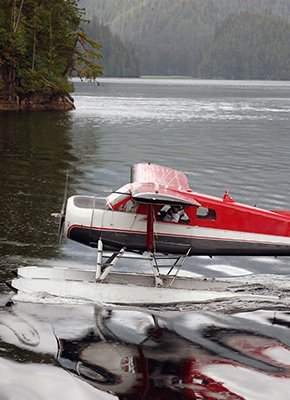 The Alaska Kenai Peninsula, and especially the historic Anchor Point area, is one of the most scenic locations on earth.

Cook Inlet, with its 180 mile length, provides a marine connection between Anchorage and the Gulf of Alaska. Extreme tides in the Inlet result in daily variations in the shoreline, providing interesting exposures of the beaches. The waters of Cook Inlet, its shore line and irregular bluff and the surrounding snow-capped mountains provide incredible views.

Cook Inlet was originally settled by native peoples – the Dena’ina. The Russians established a post at the mouth of the Kenai River in 1786. The Russian influence in the region is obvious today, and the Transfiguration of Our Lord Russian Orthodox Church at Ninilchik is a local feature that you won’t want to miss.

This is probably the most photographed church in Alaska. While you are in that area, drive down the Beach Access Road (found on the Sterling just south of the river) and enjoy the views there and in the village of Ninilchik.

Active volcanoes line the western coast of Cook Inlet, including Redoubt, Iliamna, Augustine and Douglas, all of which can be seen and photographed from Anchor Point.

The Anchor River’s north and south forks combine and flow through Anchor Point and on to the Inlet. This is a scenic river with pleasant views available from the bridges and along its path to the saltwater. Drive down the beach access road for views of the river and fantastic sights of Cook Inlet, Kachemak Bay and the volcanoes.

Anchor Point, gateway to Kachemak Bay, sits on the north corner where K-Bay opens into Cook Inlet. K-Bay is also a picturesque body of water with interesting shorelines – hills and bluff on the north shore and glaciers and mountains with rugged, snow-capped peaks on the south.

About fifteen miles from Anchor Point and about half way up the Bay is the busy tourist City of Homer. A notable feature there is the Homer Spit, a peninsula-like land feature that extends out into Kachemak Bay. The spit is home to many tourist businesses and tours and the location of the Homer Small Boat Harbor.

This is a great place to join in with the tourist crowds and get some fantastic photos of the Spit, the Harbor and the shoreline across K-Bay. Be sure to drive up on East End Road above Homer and get some pictures of the Spit and the Bay from that advantage point.

You will also find the homestead property at Bear Paw Adventure to be a great, quiet, private sightseeing point of interest. The Captain Cook Lodge especially offers views of the muskeg, hills, and snow capped mountains across Kachemak Bay and you will enjoy the spruce trees, alders and wildflowers from anywhere on the property. 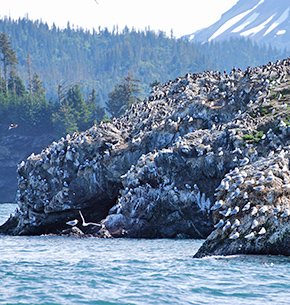 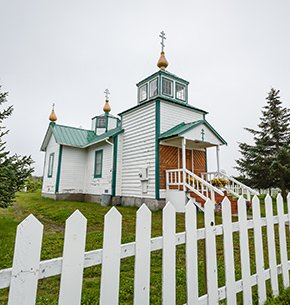 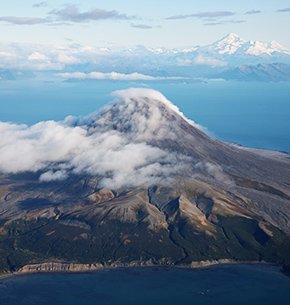 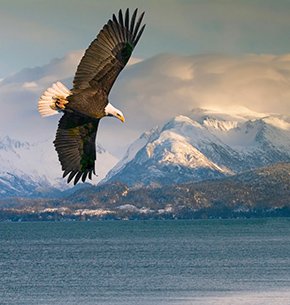 While simply being in Alaska, the Last Frontier, may be considered an ecotour, there are lots of opportunities to enjoy adventures that focus on a guided Ecotourism experience. All the listed adventures on this website meet the criteria of an ecotour and while you are enjoying those events, you will be gaining environmental awareness and local cultural respect – and you will also want to minimize the impact of your presence.

For more ecotourism, see the hiking and the other adventures listed on this site. 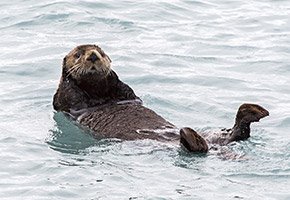 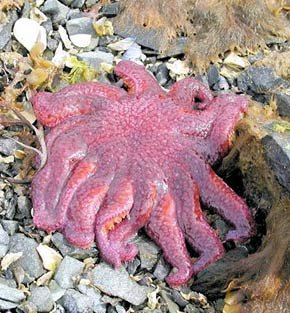 Many of Alaska’s beaches are interesting places for a hike in the salty air. This is especially true of the Anchor Point beach, which is conveniently available to guests staying in Bear Paw Adventure’s uniquely Alaskan vacation homes.

You can drive to the end of the beach access road at the Anchor River, and park you car (there is a small parking fee). From there, you can explore to the west, where your walk will be limited to about one mile by the mouth of the Anchor River.

Your other option is to hike east along Kachemak Bay, where you will find miles of open beach. In either case, it is best to plan your walk on an outgoing tide, and plan to be back to your car before the tide comes back in.

On the hike to the east, you will see interesting rocks, fossils, petrified wood and coal formations. If you have any “rock hound” in you, this is the place. You are also going to see lots of eagles, shorebirds and possibly even seals and sea otters. Take along some drinking water and perhaps a picnic lunch and wear clothing that you can layer. 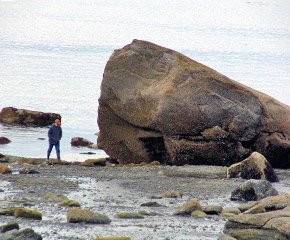 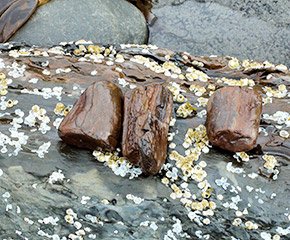 Kachemak Bay, across from the City of Homer, is edged by mountain peaks and fjords. There, the calm waters in Yukon Island, Otter Cove, Sadie Cove, Halibut Cove and Tutka Bay offer opportunity to kayak among the sea otters, sea birds, porpoises, and other sealife and sometimes even whales. The shore line presents an occasional beach and interesting clear water tide pools with colorful invertebrates.

Half-day and full-day guided kayaking trips are available. These trips start with a ferry boat ride from the Homer Spit and may include hiking through the old-growth forest. The cost for a full-day tour is about $225 and half-day trips are $115. 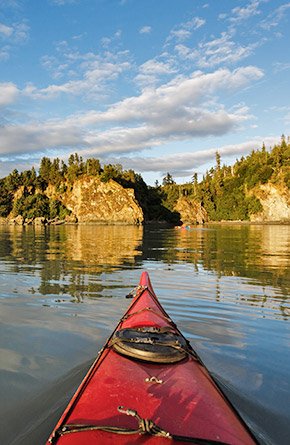 The Alaska Kenai Peninsula has a large number of trails that offer the opportunity for healthy exercise and off-road nature study. Here is some information about a few trails convenient to guests staying with Bear Paw Adventure at Anchor Point. For hikes along the Kenai’s beaches, be aware of the danger of the tides that flood the beaches and time your hikes to be off the beaches ahead of the incoming water. Also, when walking the trails be alert for bears and moose.

The 400,000-acre Kachemak Bay State Park, Alaska’s first state park and the state’s only wilderness park, is located across Kachemak Bay from Homer. The park has more than 80 miles of trails that offer hikers access to its forests and glaciers. Hikers have an opportunity to see the park’s scenery and wildlife, including moose, black bear, mountain goats, wolverines, coyotes and wolves. This is also a great place for bird watching. Water taxi service is available from Homer that will take you to the trailheads. You can hike the trails on your own or enlist the services of an experienced guide. View more information about Trails in Kachemak Bay State Park from the Alaska Department of Natural Resources.

These are some trail heads in the Anchor Point area that are accessible from the road system.

Diamond Creek Trail
About 2 miles. The trail head for this popular trail is located on the Sterling Highway, about 11 miles from Anchor Point in the direction of Homer. The trail takes you down to the Kachemak Bay beach to a location about 15 miles east of the Anchor River and 15 miles west of Bishop’s Beach.

Caution: If you venture either direction on the beach, be aware of the tides and be off the beach before the approach of high tide. See Diamond Creek Trail.

Homestead Trail
About 6.7 miles. This marked trial above the City of Homer offers an excellent family outing but can at times be very muddy. The trail is accessed from several streets in Homer. See Homestead Trail for more information.

Anchor Point Beach
Drive to the parking area at end of the Beach Access Road (accessed from the Old Sterling Highway) to reach the beach. You can hike the beach to the west where you will be stopped by the Anchor River, or hike east where you will find miles of open beach. Caution: Plan to be back to your vehicle before the high tide.

Bishop’s Beach
This hike offers opportunity to study tidal life while experiencing fantastic views of Kachemak Bay. Caution: Low tide is the best time for this walk, but be aware of the incoming tide and time your hike to be off the beach before the water returns. The beach is reached from Beluga Avenue in Homer. See Bishop’s Beach Hike for more information. 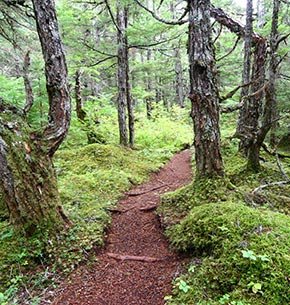 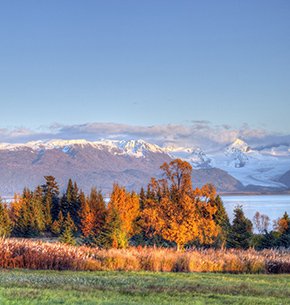 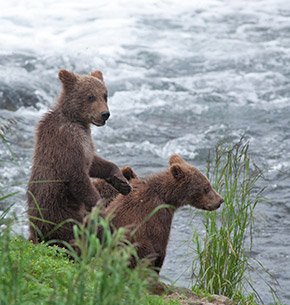 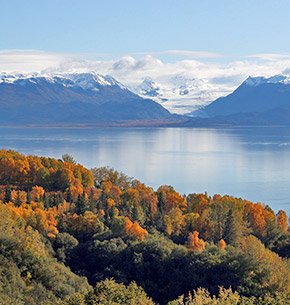 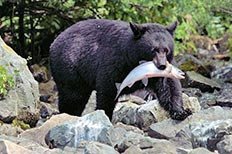 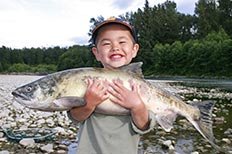 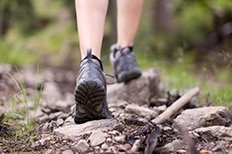 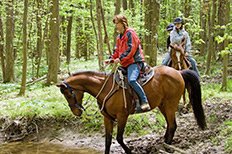 We are committed to ADA compliance. Read our accessibility statement